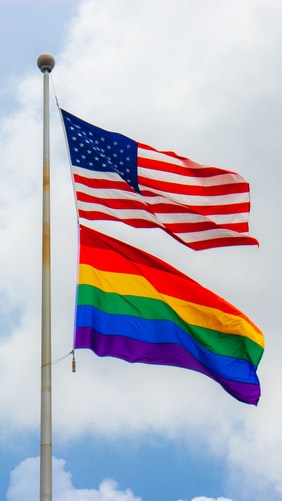 After nearly a decade of advocating, Alabama Campaign for Adolescent Sexual Health celebrates the passage and signing of House Bill 385, sponsored by Representative Laura Hall. The bill removes homophobic language from Alabama’s sexual health education law and ensures medical accuracy in sexual health education. Previously, state law required an emphasis on the opinion-based belief that “homosexuality is not a lifestyle acceptable to the general public,” and falsely stated that “homosexual conduct is a criminal offense under the laws of the state.” These changes confirm one of five Alabama Campaign 2021 Policy Priorities to support comprehensive sexual health education and services.

All students deserve access to sexual health education that affirms lesbian, gay, bisexual, transgender, and queer (LGBTQ) people and communities. According to GLSEN’s 2019 National School Climate Survey, only 8.2% of students reported receiving LGBTQ-inclusive sex education. Not only will LGBTQ youth feel supported and informed with the passage of this bill, but allied communities will be able to better support LGBTQ experiences and needs. Despite the language in the previous version of the sex education law, the vast majority of Americans across political and religious ideologies support same-sex marriage and LGBTQ nondiscrimination laws. Health educators will now have greater freedom in expanding their curriculum with inclusive sex education that discusses healthy relationships, consent, and STI prevention methods for all experiences.

LGBTQ youth often have either no in-school sexual health education or limited access to sex education, or when they do have access, it is centered on heterosexual sex between cisgender people. Additionally, with a limited number of trusted adults with whom they feel comfortable discussing sexual health, LGBTQ youth often seek information from online or peers (Blake et al, 2001).This information is frequently not age-appropriate or medically accurate and partially responsible for why LGBTQ students are at a higher risk for STIs (Rasberry et al, 2018).

The Alabama Campaign is encouraged by the state’s revisions and views them as a sizable movement towards a sexually healthier Alabama.

Back to all articles

Help us inform and empower